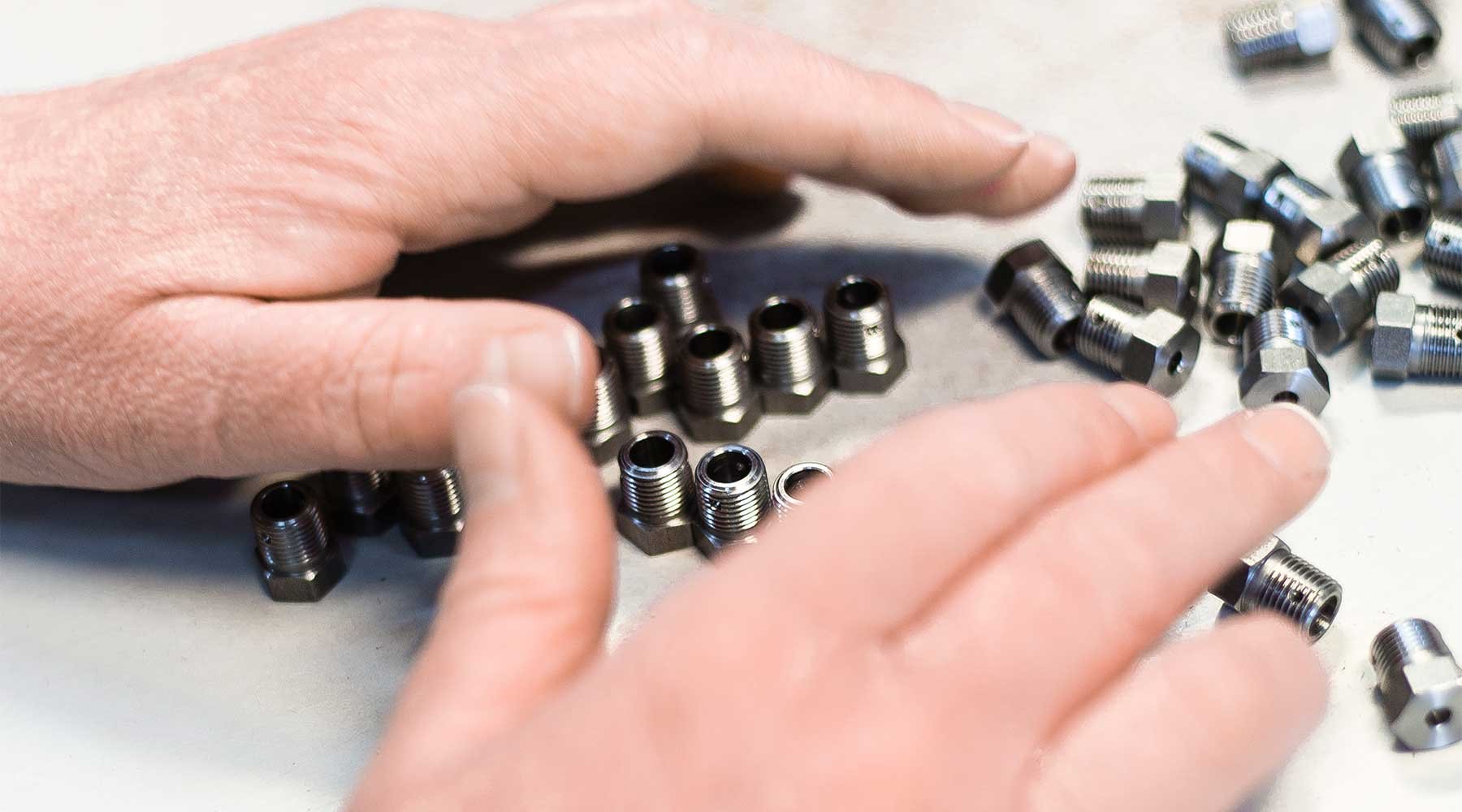 During my years in the industry, I’ve seen the parts I would refer to as C-parts go by many names – fasteners, screws, and nuts and bolts are all standard terms among purchasers. But due to the complexity of modern manufacturing, some C-parts don't neatly fall into any of these categories. So to make things clear, I'll use this article to explain the definition of C-parts and how they differ from the other components you use in your manufacturing operation.

While our area of business is C-parts, A- and B-parts also exist in every manufacturing facility. Generally speaking, there are five things that separate C-parts from A- and B-parts:

C-parts are also characterized by their broad variation. Even in the manufacture of simple products, many different C-parts are needed, with different sizes, materials, weights, tolerances, and functions.

As a result, it’s likely that a typical C-parts inventory like yours could contain hundreds of different types of parts. It is sometimes easy to forget that C-parts are not only fasteners, but also uniquely designed, often small products such as turned, injected, extruded, stamped, forged, milled, or molded parts.

C-parts have the highest level of variation compared to A and B-parts. It's unlikely that a car manufacturer would have hundreds of different types of engines on stock – they usually only have a few.

They are held in high quantities

C-parts are the components that are kept in the highest quantity by manufacturing companies. A single finished product could contain hundreds of individual C-parts, so it's not uncommon for a factory to hold tens of thousands of components in its C-parts inventory. 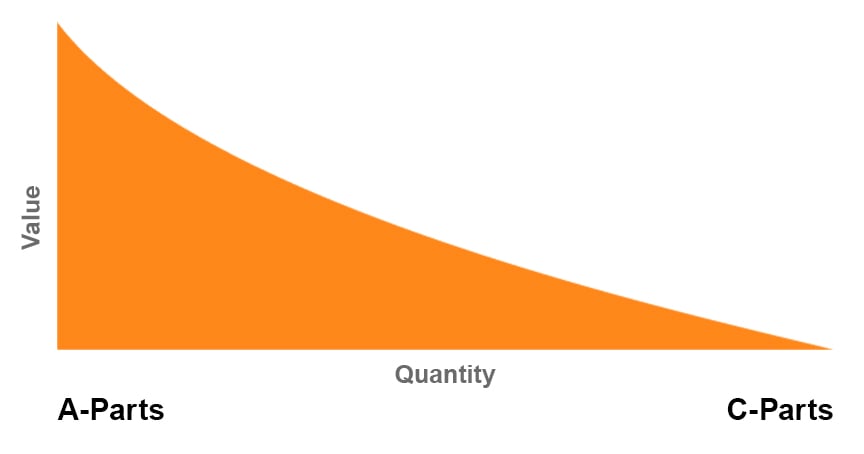 Since C-parts are relatively inexpensive and don't take up much space, they can be stored in very high quantities. It wouldn't be feasible for even large manufacturers to keep such large quantities of A-parts like gearboxes or chassis on stock at all times.

Many companies have a lot of suppliers

With C-parts, manufacturers have a vast range of suppliers to choose from. They can pick the most suitable suppliers based on price, delivery time, parts availability, and parts quality.

Typically, they don't have the same range of choice when purchasing their A- and B-parts. If a car company wants to place an order for finished electric motors, there may only be a handful of suppliers who can meet their demands.

C-parts have a high indirect cost

High indirect costs are unavoidable when you work with C-parts. Typically, the indirect costs make up around 80 percent of the total cost of the parts.

The direct cost is simply the purchase price of the parts. C-parts are inexpensive, so a lot of companies don't consider this cost very important. The indirect cost is everything else – the cost of sourcing, ordering, delivery, handling, and inventory management. The more suppliers a company works with, the higher these indirect costs usually become.

A and B-parts also come with high costs, but they're typically direct costs. These parts cost more to purchase, so the direct cost takes up a greater proportion of the total cost.

Fortunately, it's easier to bring down indirect costs by optimizing your operation and purchasing process. With measures like supplier consolidation, vendor-managed inventory (VMI) solutions or an easy logistics solution, you can reduce indirect costs linked to administration and end up making significant cost savings.

Price is a core aspect of C-parts. C-parts are defined as the least valuable parts used in a production process. A-parts are the most valuable, and B-parts are somewhere in between.

The individual cost of a single bolt is tiny, and even when bought in bulk, the purchase price of these C-parts is relatively low.

In contrast, it's clear that an A-part like an engine has a very high purchase price for the manufacturer.

Find out more about C-parts

If you'd like to know more about C-parts, the costs that come with them, and the importance they have for your operation, make sure to take a look at The Purchaser's Guide to C-Parts. You can also download The Purchaser's Guide to Supplier Consolidation below - it explains how you can practically reduce your number of C-parts suppliers, as well as the associated costs. 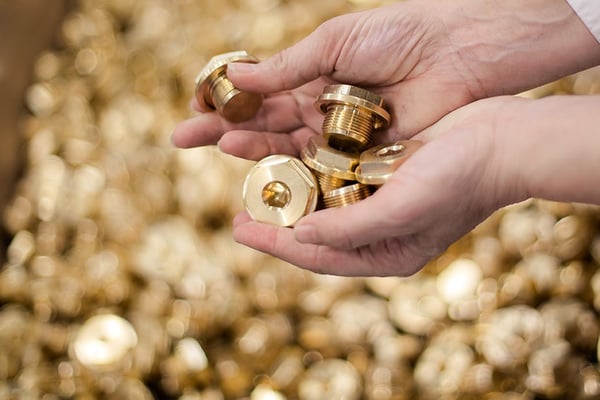 Get the guide to supplier consolidation 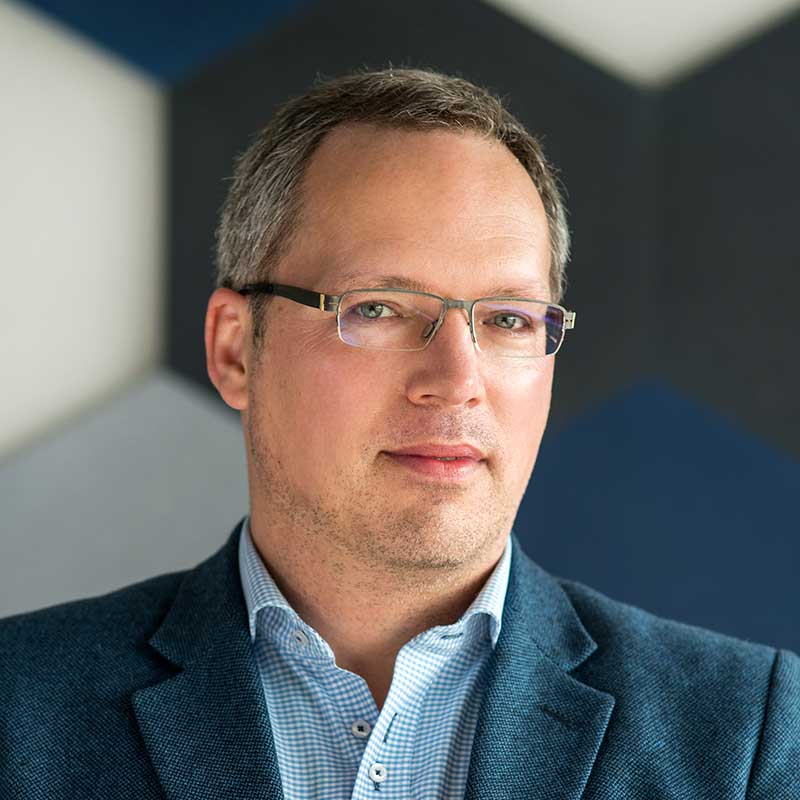 Slawomir Bieszk
Slawomir is currently the Customer Unit Director at Bufab Poland, and has a great deal of experience in the C-parts industry, both in purchasing and sales.
C-parts
Keep me updated!
Subscribe

Get new knowledge every week!